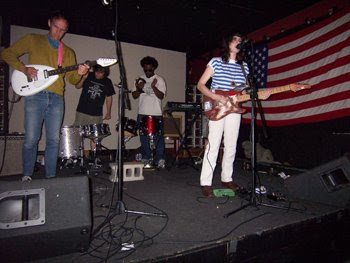 At this point I had raided the OSU/USC soirée I was invited to, unknowing that I would rig the bill far above at least $30 in Maker's Mark. Honestly though, I wasn't the lush. I was watching the drinking for the concert to come.

That was Little Claw first. And it may have been drunkenness, but they sorta resembled some MBV JAMC hybrid headed monster. Not the skeletal spoke-punk I expected, instead a fully engaging experience. This was my first experience with Little Claw and I couldn't have been more enthused by what they were doing -- a constant hummmmmm that blocked any sense of reality around me. Enraptured, encompassed, encapsulated in their full-band drone.

But...But...they are rookies to Portland (PDX) and Eat Skull seemed poised to make the Carabar seem like the raining, green-vomit, clime they come from. There was nothing organized or structured about their set -- they're set in their ways, to pummel with songs already recorded -- "Seeing Things," "I Licked the Spider," "Shredders on Fry" -- and crushing with a sound that no one has yet to hear. Those might be considered a stoner-metal pastiche that caters to Rob's organ-molded mind and between song mumbles. Even if it's traipsing through a decade or two of indie-rick'n'roll, they can easily hide aping. This ain't aping, there's a vision, they'd just rather rock than focus in on the nuances. Kooky and strange, they walk a line that verges on the comedic in their....uh....obvious aping, but redeem themselves in every hook and sweat-filled enthusiasm.

Yeah....at this point you can actually hear my drunkeness....and the quality is bad, but this song could transmit perfectly between two tin cans....

I feel obliged to mention the Horseshit in this post, only because this is a new era. Jared Phillips was on the bass. And I can't stress enough how this was the most focused and succinct Horseshit show I've ever seen. Why didn't I tape this?
No comments:

The Power's Out in the Heart of Man 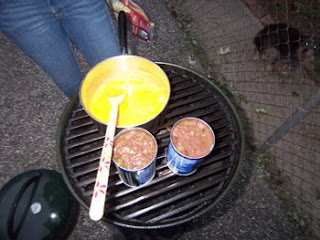 If you notice my posts in bunches, it's because I'm behind. Way behind. I had absolutely no power last week. Talk about primitive futures. The dark ages are coming, and the windstorm was just a little shadow, a little taste. Those Republicans sure are tricky. What a time to have a financial crisis and a power outage?

I guess this episode of South Park was spot-on.

What you see above is Tuesday night, a true 48 hours after the power was gone. Time to rid the fridge, meat was Monday. Cheese was next. Here's our recipe for some damn good Amish Queso Dip:

I bought a house.
No comments:

Sub. Ref. I Bought A House

Pink Reason is CDR-SC-YR1 Number One 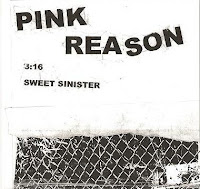 Ignore the date above, I intended to review Pink Reason the moment after I heard it for the first time, and now it’s some feature over at the Agit-Reader. So ignore the fuzzy math. I really love this Pink Reason single and thought it appropriate to share the liner notes with those who didn’t get one of these. They are kind of immortal words:

“Three Sixteen is an early recording with one of the very original Pink Reason lineups. Shaun Failure played drums. Tim Triplett on the bass. I played amplified twelve-string acoustic. HFK. Hatefuck Crew. Zone 13 Rejects. Hatefuck. Pink Reason. Desperate Living. All the same, but all different in their own way. This song was recorded in the kitchen of a dope farm in remote Northern Wisconsin. During the recording my roommate “Dirtball” went missing and was assumed to be dead, so the police stopped by. We literally grabbed the cassette out of the 4-track, ran out the door, hopped in the car and were out the driveway before the police could say anything to us. There was probably twenty grand worth of dope in the basement and shotguns hidden beneath our pillows.

Thanks to this interruption the vocals were recorded in Tim’s closet in Green Bay. Shortly after his housemate drove himself into the woods and shot himself in the face. The police again showed up to ask questions. It was a strange and gloomy time.

Sweet Sinister was an ode to a particular substance that helped keep us awake through these rough times. It was recorded in Shaun’s bedroom at an apartment we shared with our friend C. “Reich” who played the handclaps on the recording. “Reich” was a convicted domestic terrorist and a neo-nazi, but most importantly, our friend. 3-D “David Lee Fuckin” Ralph Puke also clapped his hands and provided “ahhhs.” He was the “singer” for a while in Zone 13 Rejects. We asked him to “sing” because he could puke on command. This song has the distinction of being the only Pink Reason song not written by me. I came up with the words, but Shaun wrote the music himself. We were all tight up on speed and slamming Jagermeister and cheap beer (Meister Brau? Mister Beer?). I played bass guitar and sang falsetto. It seemed to make sense at the time. “

Only a few know if this is truth, but all the talk of shotguns, domestic terrorists, and dope farm leads me to believe remote Northern Wisconsin is the wild west or at least Baghdad of the 90’s. All this just reminds me of Jim Shepard’s equally blunt literature. Even if it is fiction, even in the slightest, you sit here and believe it to be true. Dude, write a book.
No comments: 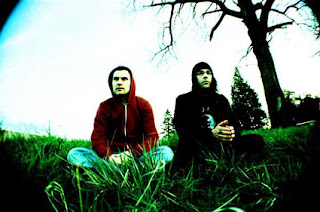 Pretty thrilling when that single arrives in the mail, especially when it’s the first one from the revamped – and fabled – “singles club” version 3.0. Too bad they had to start the proceedings with OM. Not that I’m not a fan, only slightly, but they just don’t seem apropos for kicking off what could be the smartest move the label’s made in years (besides signing Fleet Foxes). For anyone that’s familiar, they’re the discerning splinters of Sleep – the hard to digest stoner doom lords that once made a 90-minute masterpiece (Jerusalem) with one monolithic riff. This duo, who I think have a new drummer, is capable of the same lethargic/transcendent haziness, but across seven measly minutes they barely get off the ground. I nearly fell asleep during side one – a meandering bass line that is equivalent to a teenage doper crawling along with a Geezer Butler instructional tape, while his best friend spent way to much money at Drum Circle for a kit whose pieces he’ll hardly use past the ride cymbal and the floor tom – okay, I’m exaggerating. OM are obviously studied sturm n’ drangers, as they do create an atmosphere, just not one that creates awe.

Only on side two does it get interesting, and that’s in the last 30 seconds. The first three minutes of this flip is exactly the same song, just different – the more reverbed and flanged version. There is a fireworks finale, when the guitars finally warm up and the melodica gets pulled into the magnetic black hole the duo has stirred for the entirety. But then, it duds. The End.

Of course the title “Gerbel Barkal” is in reference to the sacred mountain of Northern Sudan – imagined by the ancient Egyptians as the birthplace of Amon and the rest of his gods. And this exercise is a bit of a prayer and filled with the energy that might come with spiritual beginnings. So this could essentially be a cleansing for Sub Pop – they promised OM the glory that comes with being the first and these two mystery men banged the gong, ditched the medicine bowls, and zoned on bass and drum for the length of a seven inch. Non-instant karma. Sub Pop’s still got eleven months to go.
No comments: 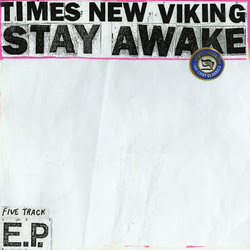 Matador Records just announced Times New Viking's fall entry for the label. The five song Stay Awake EP arrives on October 27th. Being a bro, I've still yet to hear it, but live they keep proving the scant size of seven inches forces them to web noisy clang-pop shards in economic shrift. Surely ten minutes you'll spend over and over again. Shows with Wire, Los Campesinos, the Vivian Girls, No Age, Deerhunter, and Reatard lead them through the dead leaves. Let's wish by X-Mas they're playing S. America. Brazil is next?
No comments: 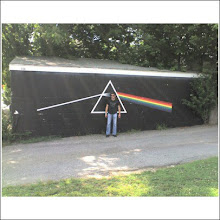 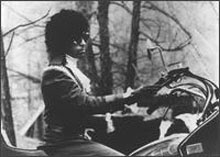 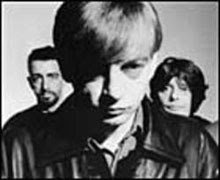 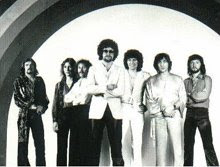 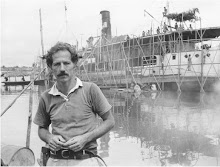 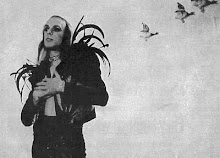 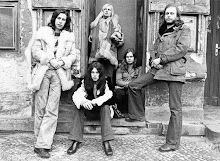 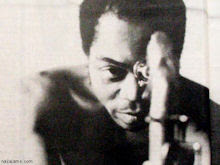 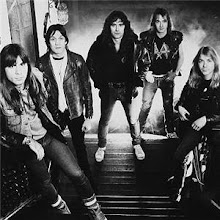 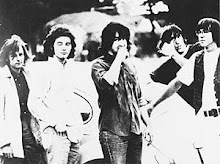 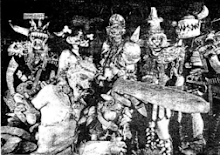 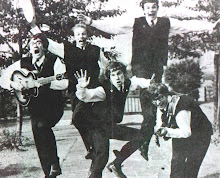 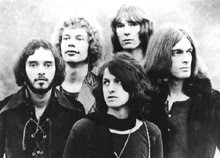 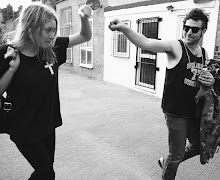 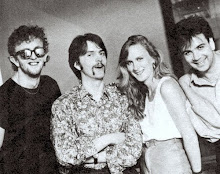 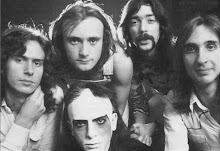 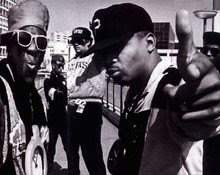 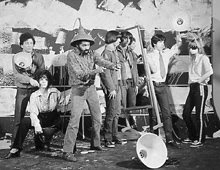 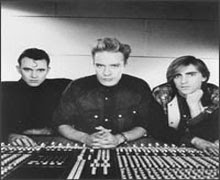 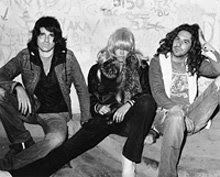 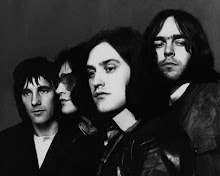 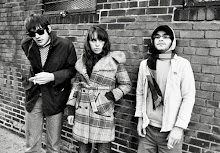 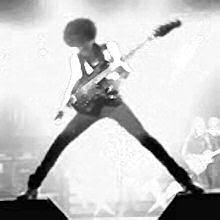 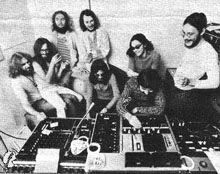